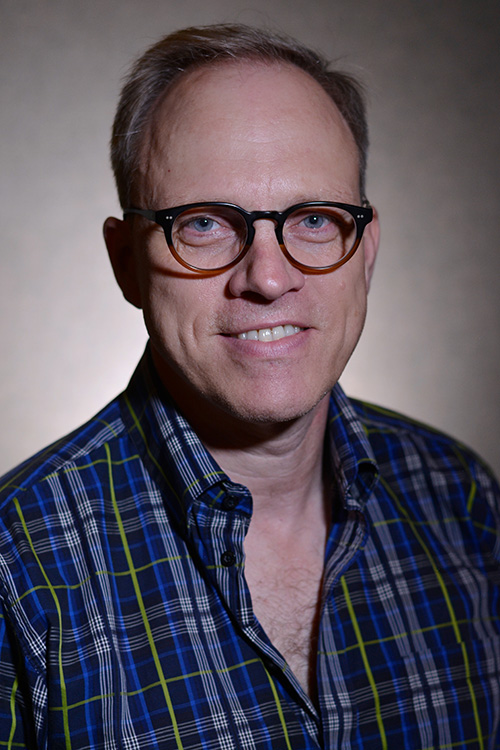 Johannes Endres joined the departments of Art History and Comparative Literature at UC Riverside in summer 2015 as Assistant Professor. He has received his academic education in Germany, at the Universities of Trier and Leipzig, where he earned his Dr.phil. in 1995, and his Habilitation (Dr.phil.habil.) in 2004, respectively. In the US, he has been teaching as Visiting Professor at the Universities of California in Riverside and Irvine, at San Diego State University, Vanderbilt University, and Cal State Long Beach.

Important emphases of his research and teaching lie in the area of the history and arts of the ‘long 19th century’, from enlightenment to Weimar Culture and Vienna Moderne. He has published extensively on the intersections of text, visual arts, music, intellectual history, natural sciences, and the history of science. His most recent research projects are dedicated to Friedrich Schlegel, a pivotal figure of German and European intellectualism, and to concepts of fetishism in art, culture, and social studies.

Friedrich Schlegel’s critical writings on literature and art played a central role in the emergence of European romanticism as an intellectual movement. The book assembles and annotates the most important of Schlegel’s texts, prior to his conservative turn in 1808. In addition to the texts, which the edition presents according to their first prints (undoing modifications and modernizations previous editions have introduced), the volume also provides extensive explanations of Schlegel’s language and the many references he makes. The epilogue sheds light on the various complexities of Schlegel’s thinking and, following the concept of the Reclam Universal Library, renders it accessible to a wider audience.

This volume brings together key contributions from the history of fetishism as a cultural practice, discourse and concept. Texts gathered here stem from a variety of fields and disciplines, including ethnography, anthropology, religious history, sociology, the critique of commodification and consumerism, psychoanalysis, gender studies, aesthetics, semiotics and epistemology. These texts, and their selection and presentation in this book, are concerned with a number of questions, which are crucial to the history of fetishism since the 18th century up to the present: Which forces regulate peoples’ relationships to their favorite things? Does the veneration of a piece of clothing repeat an archaic disposition from a remote religious past? Is the commodity fetish a descendant of the idols of the so-called indigenous peoples? Or is the existence of the fetish only owed to the derogatory and misconstrued views of an opaque and alien ‘other’ (the ‘primitive’ people, the childish mind, the bourgeois economy, the pervert)? All texts are carefully introduced and linked to each other through commentaries by the editor, which outline major trajectories of one of the oldest fascinations of humankind – that with the seemingly meaningful objects that it surrounds itself with.

Friedrich Schlegel’s life career, from his revolutionary youth over the Jena years up to his catholic conversion, serves as a mirror of the Romantic era as a whole. His theoretical writings laid the groundwork for the idea of Romantic poetry as a „progressive universal poetry“; his historical-critical method helped to establish ‚Literaturwissenschaft’ (literary studies) in the way it is still practiced today. This handbook presents Schlegel’s oeuvre in its entirety, covering, besides his literary and aesthetic writings, his texts and fragments on classical studies, philosophy, the history of European and world literature, history and politics, and art history, including his many-faceted activities as editor, journalist, and prolific letter writer. Additional chapters address terms and ideas pivotal to his work at large, such as Fragment, Irony, Wit („Witz“), Mythology, Revolution, and Incomprehensibility. The book, which features contributions from internationally recognized Schlegel and Romanticism scholars, is the first comprehensive reference work on one of the most influential spearheads of European intellectual history.

European eighteenth-century discourse saw the advent of two concepts, which have been central to our understanding of man’s relationship to the world and himself ever since: the proclamation of the autonomous artwork and the stigmatization of un-enlightened attitudes towards reality as ›fetishistic‹. The book argues that this is not a coincidence. Thus, it explores the discourse on and the phenomenon of fetishism in its major historical manifestations in ethnology, religious philosophy, social and economic theory, and finally psychoanalysis from the eighteenth to the twentieth century. Particular interest is paid to the metaphorical transfer of the veil motif between images and text, including the comparison of both media in the history of aesthetics from Lessing over Kant, Hegel and Nietzsche up to Benjamin and Warburg. The history of modern art thus appears as a revision of a teleology that implies an evolutionary escape of man from its fetishistic beginnings.

Codes of Passion: Fetishims in the Arts
2010, FINK: MUNICH
Co-author

The book contains contributions from scholars from literary, visual and media studies, history, the social sciences, philosophy, anthropology, psychoanalysis, and fashion history. It is the first to focus on the role of fetishism in the arts and their relevance for the discourse on fetishism. Fetishism is a key phenomenon of modern societies. It not only influences religious and mental dispositions but also libidinous object relations in consumerism and mass culture. The contributions thus focus on fetishism as a cultural ‘index fossil’ and pursue its traces into the fields of force between artists, works, collections, art reception, and beyond. In doing so, the book traces back present cultures of fetishism in art, media, and economy to the origin of fetishism as an intercultural and colonialist concept in the 18th century.

Iconology of Interspace: The Veil as Medium and Metaphor
2005, FINK: MUNICH
Co-author

This volume gathers the proceedings of the conference “Veil: Image, Text, Ritual”, co-organized with Gerhard Wolf at the University of Trier in 2001. Its contributions discuss the veil as an artistic motif, a literary metaphor and an episteme in aesthetics, ethnology, anthropology, philosophy, social and political sciences. Both conference and book brought together specialist from various fields to explore the changes and continuities of representations of the veil. The contributions are tied together by conceptual essays from the editors, which highlight overarching aspects such as textures of opacity, allegories of seeing and reading, thresholds between media, and specters and their garments‹. Conference and book realize a fruitful collaboration between academics from literary history, art history, philosophy, and beyond.

The “Disempowered” Subject: On the History and Function of Comedy in Heinrich von Kleist’s Works
1996, KÖNIGSHAUSEN & NEUMANN: WÜRZBURG

Kleist scholars tend to imagine the author as the paradigmatic exponent of a tragic mind. The shadows of his tragedies in life and literature seem too heavy and gloomy to leave room for comic tendencies. Although Kleist’s two comedies have always been acknowledged as true highlights in the history of the genre, his comic “strategies” – as well as their precedents from Lessing to Freud – have mostly been ignored. However, with such strategies in mind, the author’s situation appears as one in which the demands of an idealist worldview provoke a retreat to the limited and reduced formats of comedy. Kleist’s massive ›struggle with Schiller‹ – his predominant role model and antipode – is here reexamined in the light of a general struggle to avoid tragic inevitabilities.

Book Chapters and Other Articles