Established in 1997 to honor Dr. Jean-Pierre Barricelli, the grant encourages highly motivated students to pursue comparative studies in literature and another discipline. Awardees receive $1500 in research support and the honor of delivering the Annual Barricelli Public Lecture in the Department of Comparative Literature and Foreign Languages.

Please submit an original hard copy plus an electronic copy (MS Word) by midnight on the deadline to Seabrook Mendoza, Department of Comparative Literature and Languages, 2405 HMNSS, Riverside, CA 92521. 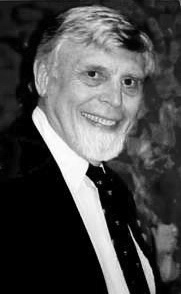 Dr. Jean-Pierre Barricelli was an energetic and vocal advocate of a broadly humanistic education at Riverside for 34 years until his death in 1997. His scholarly achievements include 17 books and over 100 articles, including important studies on Leopardi, Dante, and the interrelationship of literature with music, drama, and law. He was active and instrumental in a number of professional societies, including the Association of Literary Scholars, the Pacific Ancient and Modern Literature Association (of which he was served as president), the Modem Language Association, and the American Comparative Literature Association. He lectured widely each year with a vigorous travel schedule in the U.S. and around the globe.

Professor Barricelli took his Bachelors, Masters and Ph.D. degrees in Comparative Literature and Romance Languages all at Harvard (where he fenced, and was co-captain of the varsity baseball team). He taught at Western Reserve, Harvard, and Brandeis Universities, and was a visiting professor at New York University, UC San Diego, and at universities in Norway. His academic honors include Fulbright awards (Paris in 1950 and Bergen, Norway in 1962), a Rockefeller Foundation Grant, and the UCR Distinguished Teaching Award in 1970.

At UCR in 1976 he was a founder of the Department of Comparative Literature and Foreign Languages, and was twice Chair. Also in 1976 he was a founder of the annual Eaton Conference in Science Fiction. He devised a popular undergraduate Humanities course at UCR in “The Quest for Values” which epitomized his unique ability to synthesize the literature, visual arts, and music of Africa, Asia and Europe.

In our increasingly specialized and science-oriented world, Dr. Barricelli was devoted to communicating the values inherent in the arts and humanities, to advocating academic breadth, and to encouraging comparative projects. His devotion in a sense anticipated the growing realization that we can learn much from the creative enterprises of world civilizations. He himself lived that creed beyond the academy by composing music, conducting orchestras, writing music reviews for 34 years for the Riverside Press-Enterprise newspaper, acting, creative writing, and painting.

His strong and eloquent advocacy of the arts and humanities are very sorely missed by students and colleagues at UCR and elsewhere in the academic community. His immense breadth and scope of learning have left a legacy from which we all continue to learn. 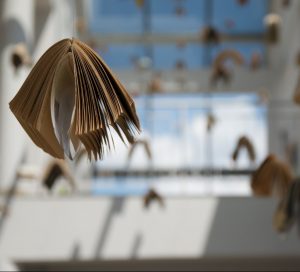