The Department of Comparative Literature and Languages mourns the loss of Marguerite Waller, a dear friend and colleague, who died on March 11, 2020. 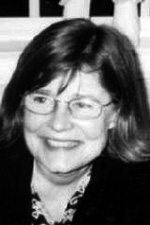 Margie Waller, professor emerita of Comparative Literature and Gender Studies at the University of California – Riverside and a scholar of Dante, Petrarch, and modern Italian film, died March 11, 2020 after a brief courageous battle with cancer.

Dr. Waller was born March 16, 1948 in Nyack, New York, the second of five children of Martha Stifler Waller and George Macgregor Waller, professors at Butler University in Indianapolis, IN.  After graduating as valedictorian from North Central High School, she earned her B.A. from Cornell in 1969. She then earned her Ph.D in Comparative Literature at Yale University and became Assistant Professor of English at Amherst College in 1974. In 1990, she moved to the University of California – Riverside where she taught in the Departments of Comparative Literature and Languages and Gender and Sexuality Studies until she retired in 2018. Her Fulbright Fellowship to study in Italy as a PhD student was followed by later Fulbright professorships in both France and Hungary. Through these experiences, she became a committed internationalist.  She directed University of California’s Rome program in 2007-08.

Dr. Waller was an innovative scholar and teacher. At Amherst, she helped establish the Women and Gender Studies program once the college became co-ed. At both Amherst and UC-R, she designed new courses on feminist theory, human rights, peace studies, film and media studies, and critical theory. She was an admired teacher, inspiring undergraduate and graduate students toward influential careers in academia, film, law, and other fields. She led efforts to create UC-R’s interdisciplinary undergraduate major in Sustainability Studies. This was the first major of its kind in the nation. It reflects her deep concerns over environmental degradation and the roles economic, gender, and international inequalities play in this. Prof. Margaret Brose of UC-Santa Cruz summarized Dr. Waller’s professional life as “marked by adventurous, bold and exciting pursuits.”

Dr. Waller worked throughout her career to facilitate communication and collaboration among feminists. In the early 1990s, she joined the women’s art-making collective, Las Comadres, active in the San Diego/Tijuana border region. She also co-organized three international feminist conferences and convened a transnational feminist Resident Research Project at UC’s Humanities Research Institute. These resulted in three co-edited books: Frontline Feminisms: Women, War, and Resistance (2000), Dialogue and Difference: Feminisms Challenge Globalization (2005, translated into Turkish and Spanish), and The Wages of Empire: Neoliberal Policies, Resistance, and Women’s Poverty (2007), and a special issue of Social Identities (2006). Dr. Waller’s concerns for social justice led her to direct and produce a timely documentary on homelessness in Santa Monica (“Snapshots: Citizens without Shelter”). Her work often combined historical and contemporary lines of inquiry. Thus, her early interests in Italian literature emerged in later papers to connect Dante, decolonization, and feminism.

Dr. Waller returned to Cornell in 2019 to dedicate a memorial installed near Cornell’s Sage Chapel. It honors the eight students and one faculty member killed in a dormitory fire on April 5, 1967. Her and her roommate’s quick actions to fashion an escape rope saved the lives of several students and a faculty resident. She led a group of survivors to ensure that Cornell recognize and honor the lives lost. This case of suspected arson remains unsolved 50+ years later (see articles by Max Denning in Medium and N.R. Kleinfield in The New York Times).

Margie Waller is survived by her daughter Lea Waller, sisters Susan Cope and Elizabeth Zee (Los Angeles), brother Donald Waller (Madison, WI), and nieces M. Meredith Masters, Katherine Zee, Mia Zee, Luella Allen-Waller, and Cora Allen-Savietta, plus great-niece Lennox and great-nephew Lukas. Her parents and youngest brother, Richard, predeceased her.  The family thanks the broader community for their love and support of Margie. Donations in her honor can go to support students in UC-R’s Sustainability Studies major, either online (https://donate.ucr.edu/waller) or via a check to the UCR Foundation, PO Box 112, Riverside, CA 92502-9879 (noting “GSST/Waller Memorial Gift”). 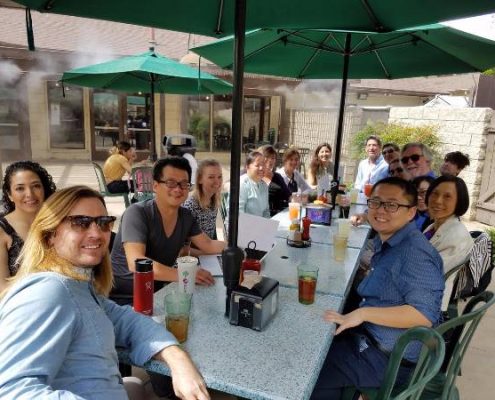 Professors and current grads enjoy lunch at The Barn with incoming graduate students. 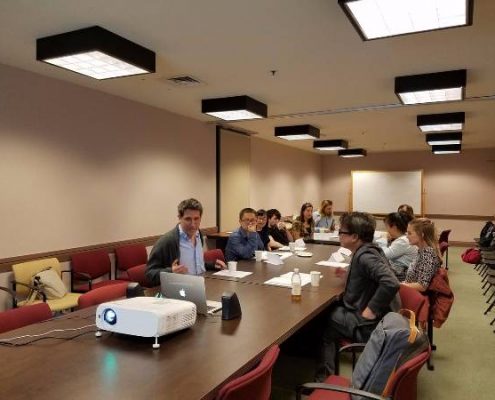 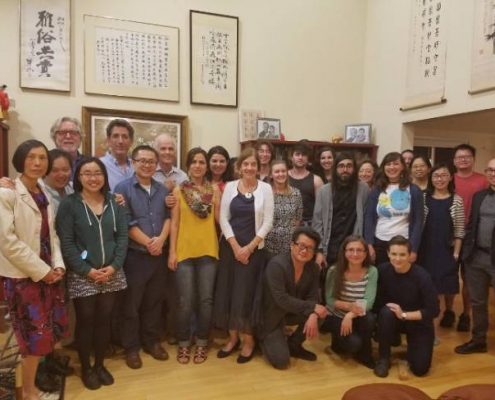 The Department of Comparative Literature hosted three incoming graduate students, as well as held a Skype conversation with three more potential graduate students speaking to us from India and China! We are very proud to welcome such an international group of students to our university.

Aamir R. Mufti is Professor of Comparative Literature at UCLA. He is the author of Forget English! Orientalisms and World Literatures (Harvard UP, 2016) and Enlightenment in the Colony: The Jewish Question and the Crisis of Postcolonial Culture(Princeton UP, 2007), and has edited “Why I am Not a Postsecularist (boundary 2, 2013) and “Critical Secularism” (boundary 2, 2004), and co-edited Dangerous Liaisons: Gender, Nation, and Postcolonial Perspectives (University of Minnesota Press, 1997).

This paper traces the glancing but decisive use of the words “obscene” or “obscenity” in the work of Jean-Paul Sartre and Emmanuel Levinas. Even though in many ways intellectual enemies, both Sartre and Levinas discuss “the obscene” at crucial points in their works in similar terms as a kind of borderline state or no-go zone, thus not only revealing some of the underlying premises of their respective philosophies, but also offering insight into the concept of the obscene itself as a question of perception, representation, and affect. 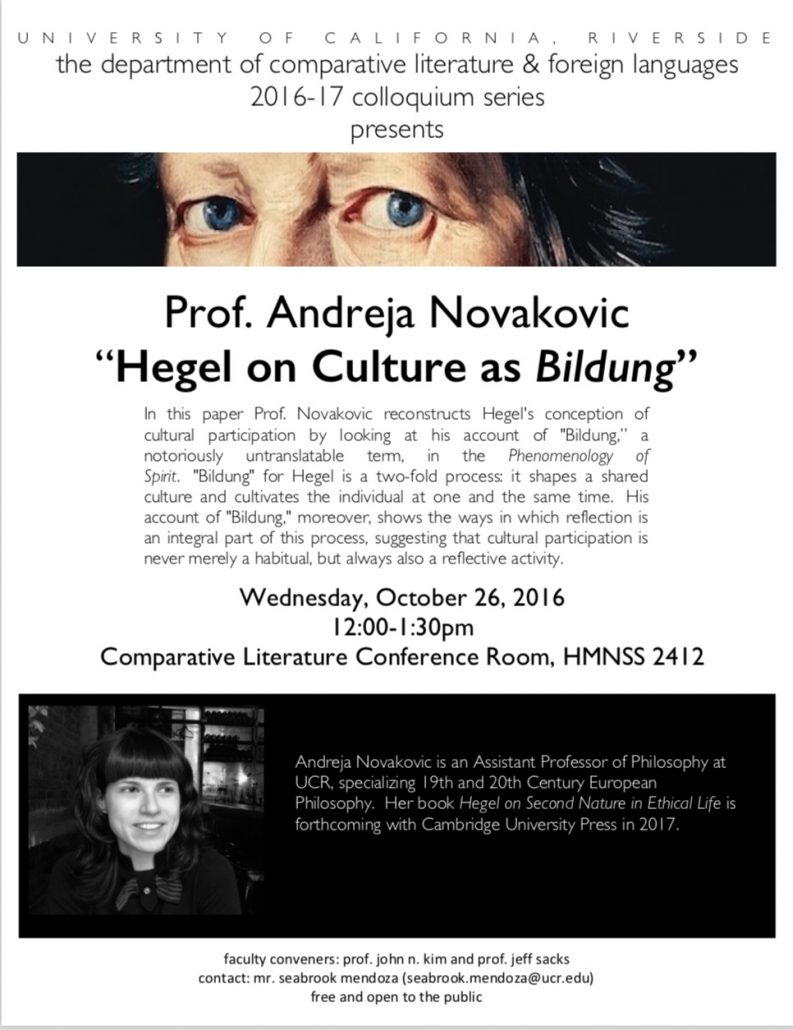 In this paper Prof. Novakovic reconstructs Hegel’s conception of cultural participation by looking at his account of “Bildung,” a notoriously untranslatable term, in the Phenomenology of Spirit. “Bildung” for Hegel is a two-fold process: it shapes a shared culture and cultivates the individual at one and the same time. His account of “Bildung,” moreover, shows the ways in which reflection is an integral part of this process, suggesting that cultural participation is never merely a habitual, but always also a reflective activity. [flyer PDF]

This screening of Tim Burton’s 1990 horror classic will be accompanied by a panel discussion on German Expressionist film and its influence on modern horror films. Admission is free, but seating is limited! For reservations, click here. [flyer PDF] 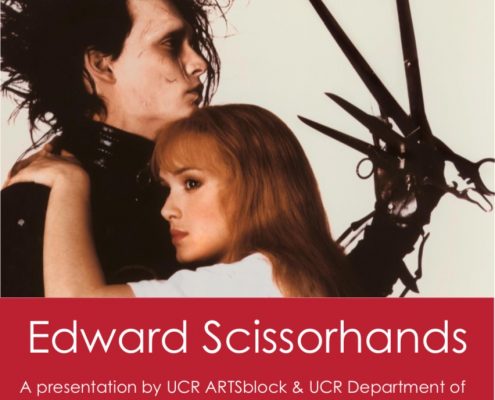 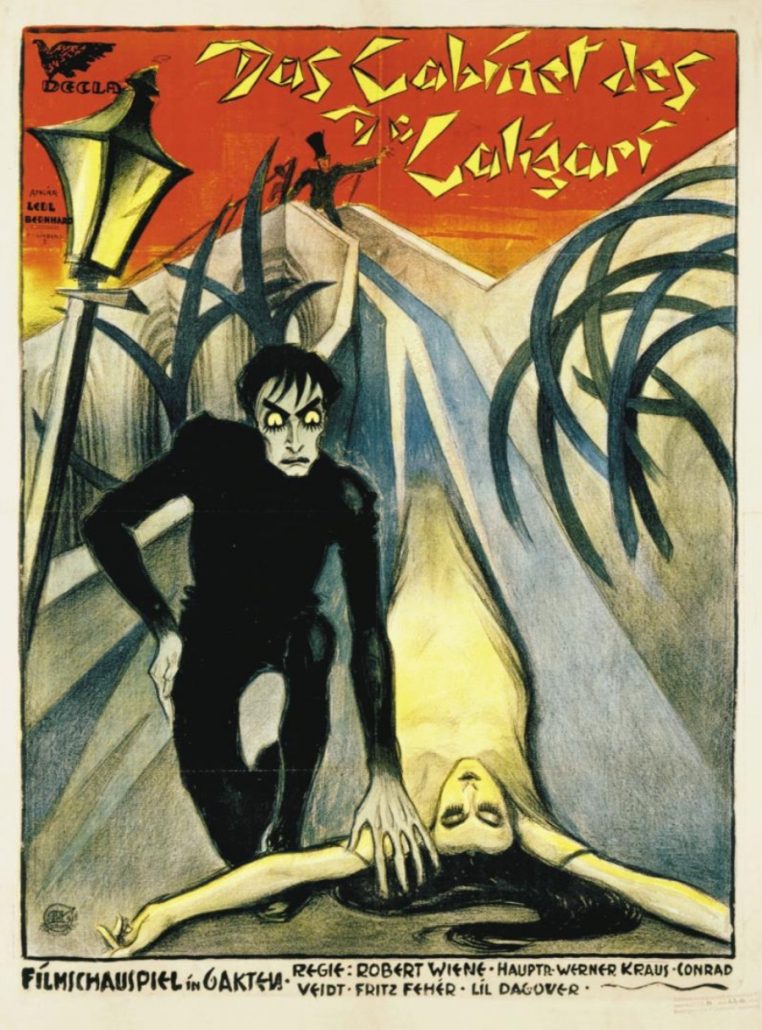 This screening of Robert Wiene’s 1920 horror classic will be accompanied by a panel discussion on German Expressionist film and its influence on modern horror films. Admission is free, but seating is limited! To reserve, click here. [flyer PDF]

The Innovative Learning Technology Initiative is a UC system-wide initiative that offers high quality online courses that satisfy degree requirements and help UC students graduate on time. Kalu, who joined the faculty in July, 2015, has a strong record of program and curriculum building and has taught online classes before.”