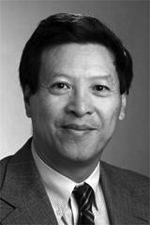 Professor Ye is the author of two books, Chinese Poetic Closure (1996), a comparative study of Chinese and Western poetic closures, and Vignettes from the Late Ming (1999), a collection of short familiar essays translated, annotated and with an introduction. He has also written a number of articles, book reviews and literary translations, and contributed essays on the translation of Chinese classics to Encyclopedia of Literary Translation into English (2000). While his scholarly interests spread across a wide spectrum of Chinese and Western literature and culture, they are focused primarily on pre-modern Chinese and Western poetry and belles-lettresprose. His favorite poets include Du Fu, John Donne and Baudelaire. His all-time favorite books are Zhuangzi, A New Account of Tales of the World (Shi shuo xin yu), and the late Edward Said’s Representations of the Intellectual.