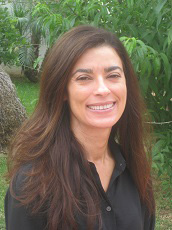 Christine Duvergé was born and raised in Mauritius. In 1988 she came to the United-States on a track and field scholarship. During her career as an athlete she competed internationally and was Big Ten Champion several times. After her undergraduate she decided to take her studies to the next level. She completed a Masters and a doctorate in French literature. Still an avid runner, she is also an ardent writer. At the University of California, Riverside she is Senior Lecturer in French. Her area of research is 17th Century French literature and culture, and Francophone literatures (Sub Saharan, Caribbean, Indian Ocean). She wrote her dissertation on Madame de Maintenon (the Sun King’s secret wife) and Saint-Cyr, an all-girl school that she founded for the poor noble girls. Christine Duvergé has published and given talks on her area of specialty. She loves teaching and considers herself a mentor. She also writes fiction. Her first novel, Camp Agonie, was launched on October 3rd, 2014. She just finished a manuscript for a second novel.

You can join her on her personal webpage: https://www.facebook.com/christineduverge